Designing from the bottom up: a partnership with New York State’s Office for New Americans 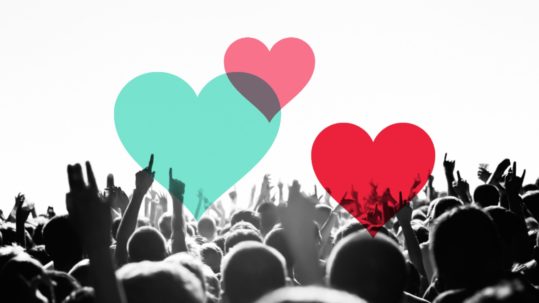 29 Nov Designing from the bottom up: a partnership with New York State’s Office for New Americans

The path to a powerful and enduring partnership is paved with important lessons that are worth sharing. Instead of building walls to keep people out, the State of New York welcomes newcomers by building bridges of opportunity. In April 2015, Governor Andrew Cuomo announced the launch of a first-of-a-kind pilot program through the Office for New Americans (ONA) to provide free English-language training via a mobile phone to hundreds of immigrants in New York State. Cell-Ed, our mobile language learning company, was selected as the provider of choice to deliver literacy, English language, citizenship and essentials skills to immigrants. Fast forward to today, over 1,000 learners have benefited from Cell-Ed showing measurable results. ONA renewed Cell-Ed’s contract for another year based on the success of the pilot and has opened the program to thousands more New Yorkers through its 26 Opportunity Centers located in neighborhoods across the state and through partnerships with state agencies and community-based organizations.

ONA was established to assist newcomers in New York State who are eager to contribute to the economy and become part of New York’s diverse community and family. The Governor made history by making ONA the first state-level immigrant office created by statute in the country. New York has over 4.2 million immigrants in a state with almost 20 million residents. New American business owners generate an estimated $12.6 billion dollars in net business income contributions.

At a statewide Yogurt Summit, both farmers and farm worker advocates identified English language learning as an important barrier to growth in New York. The state is now the top yogurt producer and supplier in the nation, surpassing California. Understanding the dairy industry’s workforce needs is critical to this industry’s continued success.

How does Cell-Ed’s technology work? A learner simply calls an assigned Cell-Ed number from their cell phone, listens to a lesson, reviews the lesson received via text and texts back responses. The learner receives additional support from a live coach and moves on to the next lesson. The program is free to the learner (excluding minutes and texts billed at the rate of the users’ cell phone plan) and available 24 hours a day. No data plan or Internet access is required.

Imagine working in a remote dairy farm in the Finger Lakes region in upstate New York with no access to transportation to get to a classroom to study English. With Cell-Ed available free of charge, someone like Bernardo, a dairy worker could study in his own time – before he begins work, during lunch breaks and in the evenings. He said, “I like Cell-Ed because I could call any hour I had available. I work different schedules and I called 15 minutes everyday before my shift began.” Candelaria, a farm worker in the Hudson Valley shared her experience, “I do not have the energy to sit through a three-hour session in the classroom after working long days at the farm. Cell-Ed opened a new world for me, now I can speak and understand English better. I was given new responsibilities at work, I don’t need a translator to talk with my daughter’s teacher and I even helped a family find an apartment.”

Jorge I. Montalvo, Deputy Secretary of State for Economic Opportunity, responsible for creating ONA, stated that “One of the best ways to help immigrants play a productive role in the economy and become citizens is to make it easier for them to learn English.”

What contributed to the success of a partnership between a state office that assists newcomers and a social impact venture company? Cell-Ed applies design thinking methodology for agile adaptation and scaling. This nimble approach – deep listening to the customer, getting smart about the issue, rapid prototyping, iteration, implementation – gives Cell-Ed its unique competitive advantage in the education technology marketplace. Here are some key lessons:

Public-private partnerships sometimes get a bad rap because partners bring competing agendas, or get entangled in bureaucratic red tape and show disappointing results. The path to creating a powerful and enduring partnership is marked by collaboration, innovation and a sense of urgency. Dr. Laura González-Murphy, ONA Director, noted that “Cell-Ed has proven to be a successful state partnership in New York.”

ONA and Cell-Ed’s success demonstrates what is possible when all partners are driven by a common purpose – to ensure new Americans become full participants and contributors in New York’s booming economy. Instead of building a wall to keep people out, Governor Cuomo and the State of New York opened a gateway to welcome all newcomers. Cell-Ed is honored to be part of this effort.